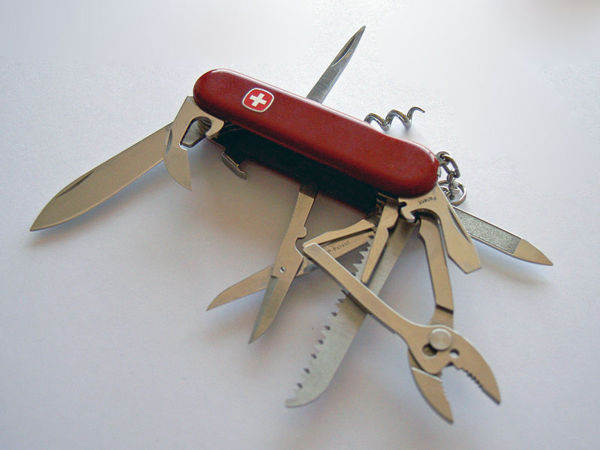 a sword with which to suppress competition, or a shield to protect a brand or idea from thieving, unimaginative competitors.

Fortunately over the last 10 or 15 years, New Zealand businesses have come to appreciate that it’s not just one or the other – IP can also be used as a lever. Even though regrettably few seem to actually use it, they at least understand that through ownership and control of their IP they can sell or license it to others in fields of activity they’re not involved in, or derive revenue from their IP in territories they can’t reach on their own.

I’d always appreciated that IP was an intangible asset. That it could be transferred from person to person, and from country to country, with a simple flourish of the pen at the bottom of a deed of assignment. Of course its value is also highly subjective, and IP is incredibly difficult to value. Methods of defining and valuing Intellectual Property are more numerous and diverse than excuses for the Auckland Blues’ poor performance in recent years. Before it is commercialised, a patent could be worth millions of dollars or one cent, depending on who’s looking at it, who wants it, or how it is valued.

That’s why IP hits every serious business and tax strategist’s sweet spot - something I realised when I began working with Auckland-based international tax planner and strategist, Thomas Carden of US Global Tax in developing capital raising strategies for Kiwi entrepreneurs. IP is so useful because it is an asset that is difficult to value, can be transferred from jurisdiction to jurisdiction in an instant, and there is no real Government control over its movement.

Take the Rolling Stones, for example. In the late 1960s they were a global phenomenon, and although they were working hard they had little money to show for it. That all changed when a tax strategist transferred the copyright in the band’s music from Britain (where The Stones were paying tax at a rate of 98 per cent) to a company owned by the band in The Netherlands. The Stones went on to become known as the “Billion Pound Band”.

However, you don’t have to be a rock star to take advantage of IP in this way. Increased access to the global market for New Zealand businesses means we can design a product in New Zealand, have it manufactured in China and sold in the United States. Obviously this provides opportunities for the tax strategist to maximise the financial returns from the IP. The IP in the product can be assigned to an entity in a jurisdiction where the tax rates are low or where incentives are available for revenue derived from exports or from patents.

For a New Zealand business wanting to manufacture or market a product in North America, there can be significant advantages to incorporating in a US state, assigning the US IP to that entity and running the US operation from there. Tax rates vary from state to state, and some states even offer tax credits, enabling 100% recovery of the cost of R&D in a product even if the R&D occurred elsewhere before being assigned to the US corporate entity.

Kiwi companies looking for foreign investment can be guilty of trying to sell a dream, the New Zealand image, rather than focusing the deal on the IP, investing in a New Zealand technology or business, and the other opportunities such an investment in IP brings with it.

For example, foreign entrepreneurs (particularly those based in China) could be attracted to a New Zealand technology investment if it was packaged in a way that emphasized that:

Investment in technology is an investment encouraged by the Chinese government; The value of the IP is whatever can be plausibly justified, so large amounts of money can be moved; Part of the deal structure could involve a jurisdiction like Hong Kong where tax rates for companies licensing IP is only 4.75 percent, thereby offering excellent returns; and The deal could involve investment in a New Zealand business which might entitle the investor to NZ residency.

Given the role IP plays in such an investment proposal, it is not surprising that IP has become a preferred tool for capital raising and business strategists wanting to generate maximum financial returns through tax efficient structures for their clients. These strategies further illustrate the importance and versatility of IP as a business tool. Why would you go into business without it?

This article first appeared on Idealog online and was written by Ceri Wells, partner, James & Wells. He has been involved in patent drafting, litigation, trade mark ownership, unfair competition and copyright matters for 30 years.